A Morning At the Alain Ducasse Cooking School 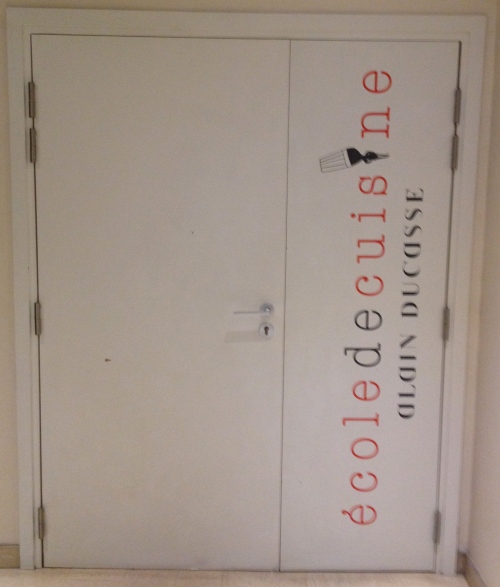 It had been awhile since I had taken a cooking class in Paris, so I was delighted when my sister and I were able to attend a morning pastry class at the beautiful Alain Ducasse Cooking School in the 16th arrondissement. 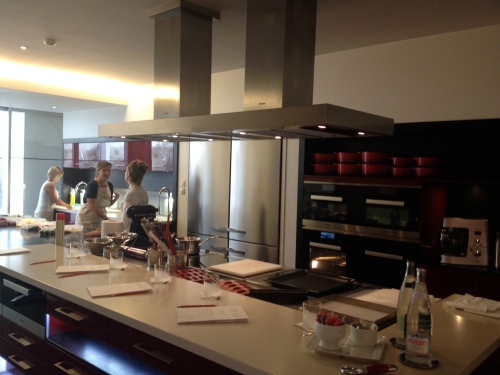 The stainless steel kitchen was gleaming and gorgeous, ready for us to go to work. Our beautiful pastry chef instructor told us that we would be making two desserts- chocolate crispy candy and chocolate “brunies”. We exchanged puzzled glances but all became clear when we were handed our printed recipe for “Intense Chocolate Raspberry Brownies”. In retrospect, we thought it an odd choice for a group of Americans, but whatever!

The two recipes contained a LOT of ingredients, which she had already chopped and measured out for us. So handy! I need someone to do that for me at home. 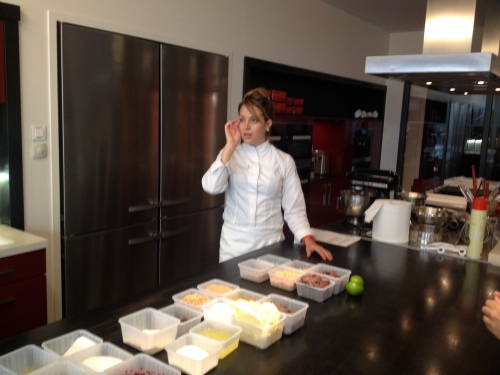 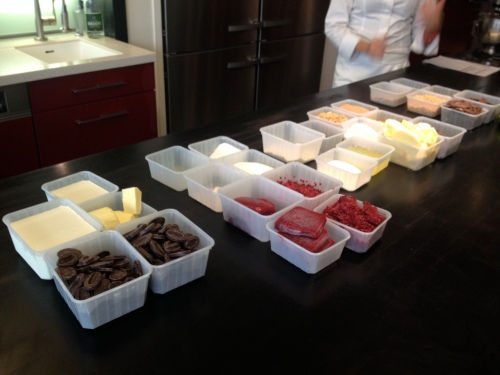 Take a look at how beautifully these egg whites whipped up into a meringue! 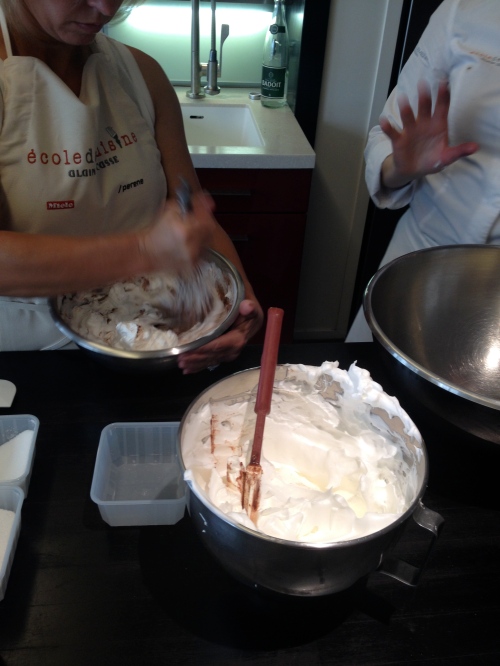 The egg whites were folding into the “brunie” batter, along with pine nuts and a motherlode of butter. Huzzah!

These fancy brownies were topped with a layer of raspberry deliciousness and then a layer of chocolate ganache. Can you say “gilding the lily”? 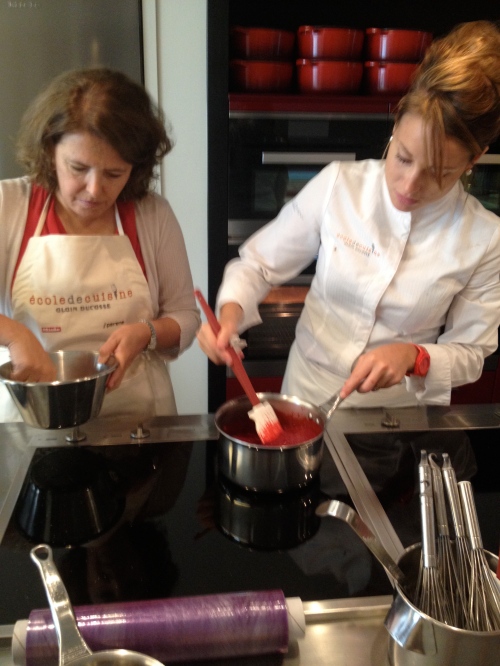 Nice stack of Le Creusets in the background, yes? 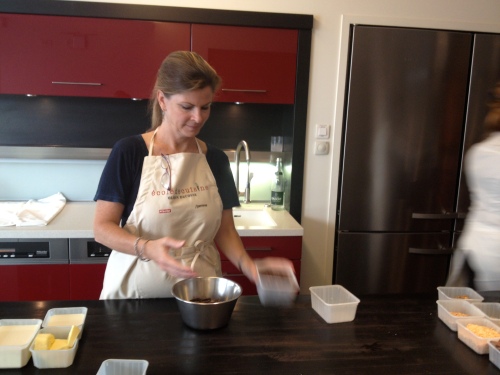 After a quick cool-down in the freezer, the brunies were ready to cut. 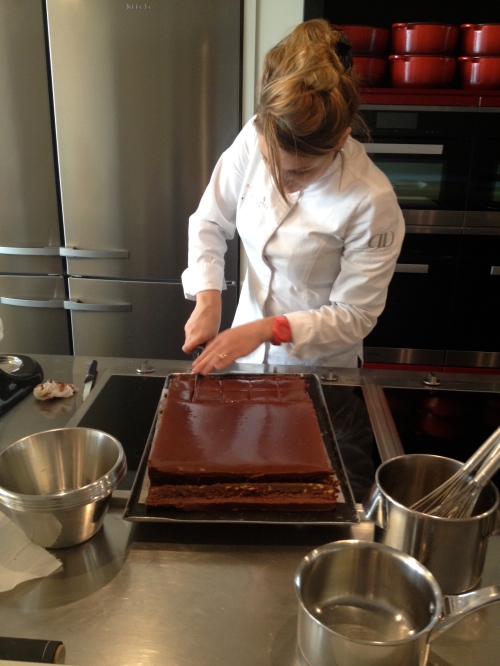 My hair looks just like that when I cook in my dreams. 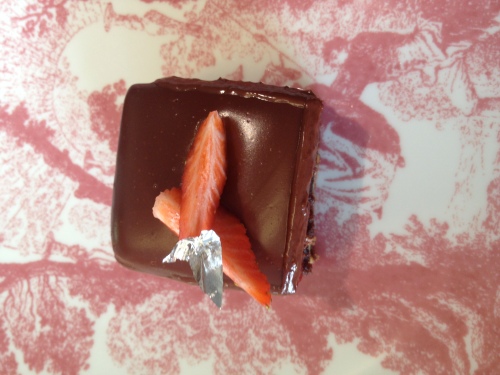 no, that is not foil- it comes in little sheets and is very expensive and doesn’t hurt your fillings when you eat it

Sadly, I did not get a picture of the chocolate crunchy candies, but they were soooo good. Think chocolate-covered mounds of rice crispies, candied lemon, and chopped nuts, topped with a sprinkle of lime zest to cut the sweetness.

If you ever want to take a cooking class in Paris, this place is the bomb.

2 responses to “A Morning At the Alain Ducasse Cooking School”