Louis Vuitton at the Grand Palais

Bonjour, y’all! I am still here in my favorite city, loving every French minute of it. When I went to dinner at the Mini-Palais the other night I noticed this Louis Vuitton exhibition advertised at the Grand Palais.

I was intrigued, bien sûr! I went back early the next morning and was happy to walk right in- no line! (Did I mention that January in Paris is awesome?)  The title of the exhibit translates as ” Fly, Sail, Travel”, and the nine-room show did an artful job of tracing the evolution of Louis Vuitton luggage to match the evolution of travel modes, from steamers to trains to automobiles to commercial airlines. Ready to travel?

The first few rooms revealed a fascinating array of travel trunks dating from 1906. I was captivated, as evidenced by my numerous photos!

For when  you refuse to use an e-reader 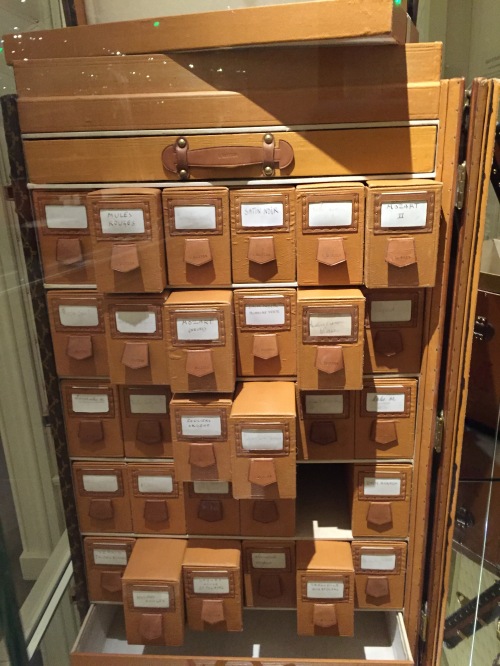 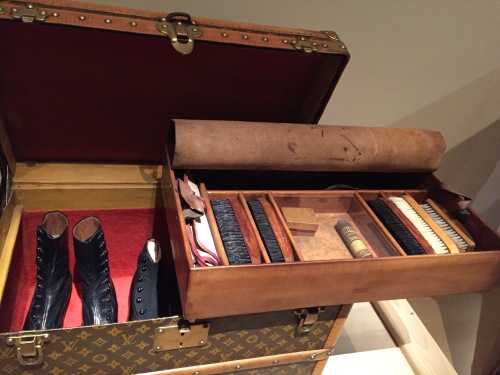 Steamer vessels began linking Europe with the Americas as early as the 1830’s, and by the early 1900’s luxury sea travel was the rage among those who could afford it.

In addition to trunks, they also packed the new “steamer bag”, which offered a wide square opening  and could be folded and stored in a trunk compartment when empty.

Rail travel took off in the 1840’s, transforming remote, quiet European fishing ports into resorts that could be reached quite easily. Trunks were designed to be shallower, allowing them to slide under train sleeper seats.

This room was beautifully done- the background even rushed by through the windows!.

The arrival of the automobile in the late 1800’s drove further design changes in luggage. Car trunks were strapped to the backs of cars. Picnic carriers and coolers became popular for roadside dining.

for the post-picnic nap, of course! 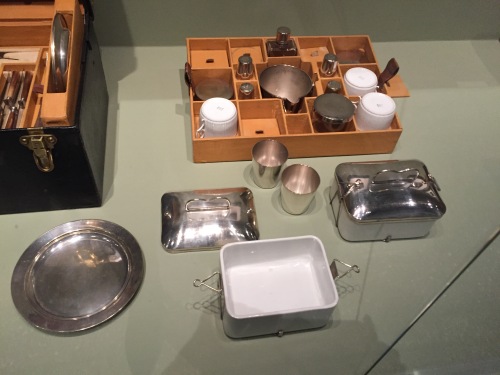 to keep the bugs out of your eyes! 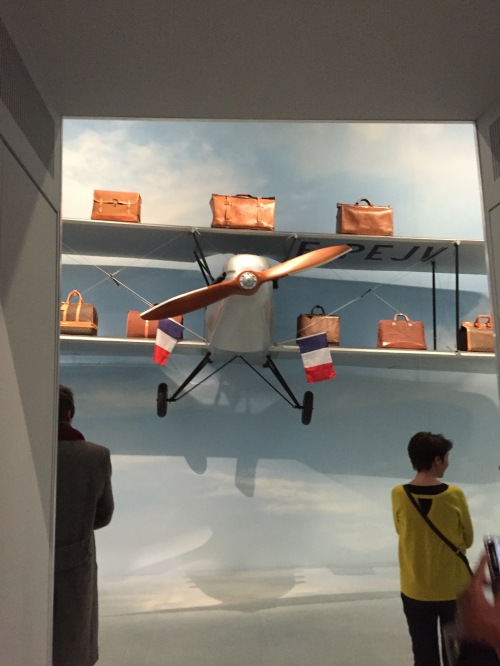 I wonder if those bags were handled with more care than ours are today!

Travelers took to the skies in the early twentieth century, and luggage became lighter-weight and more functional. Clearly, the lovely woman in this photo didn’t have a “two checked bag” limitation. I bet she would have appreciated some wheels on those trunks, though.

You don’t have to be an LV fan to appreciate this beautiful exhibit, which runs until February 21.