Recently I had two occasions to go inside my favorite neighborhood building- the Grand Palais.  This gorgeous, glass-topped building was built between 1897 and 1900 for the World Fair held in Paris in 1900.

A week or so ago I went to a photography exhibit there by Helmut Newton, which was fascinating.  I wasn’t familiar with his work and loved the interesting Vogue shots, as well as the more unusual photos for Playboy and others.  Yep-lots of beautiful naked women were hanging on the walls of the Grand Palais that day. 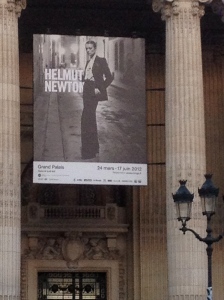 Two days later I went back to the Grand Palais for an art fair being held in the large area under the glass roof.  All the other exhibits I had seen there were in the wings and I was excited to finally get into the main part of the building.  It was spectacular. 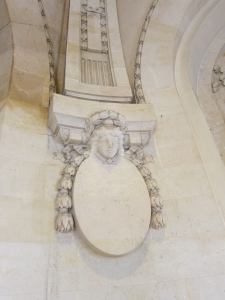 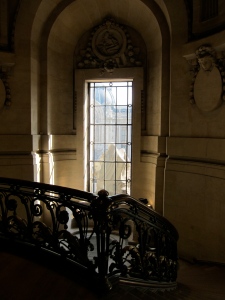 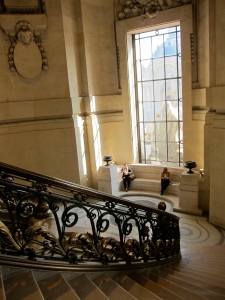 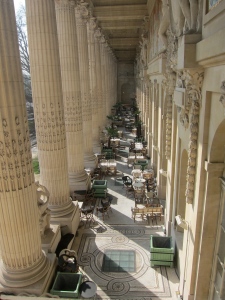 Looking down into one of my favorite restaurants- the Mini Palais!

We are off to New York City today for the holiday weekend.  We will be meeting our daughter who has been traveling during a Gap Year with Thinking Beyond Borders since early September.  We’re so excited to see her again and to hear about her adventures.

I wish you all a very happy Easter in your neck of the woods, wherever that may be.