Our vacation to San Sebastian was just about perfect. Leisurely (6 days in one small town), family (2 out of 3 kids in attendance), beachy, sunny, and yummy (pintxos, wine, cold beer, and lots of helado). However, now that I have been back in Paris for a day, it’s time to wrap up the vacation posts. And the vacation laundry.

We rented an apartment through feelfreerentals.com, who were professional and responded promptly to all of my inquiries. Our apartment had been recently renovated and was tres chic. The location couldn’t have been better- right on a main boulevard and close to the old town and to both beaches.

Here is a peek from our windows, which looked down on the boulevard.

Unfortunately, those soft, sweet sounds percolating up from the street became not so sweet later in the week, when a man, his puppet, and a very big microphone took center stage. The sounds morphed into a cross between world-wide wrestling and a Mexican game show, and were even louder in our living room than they were on the street. By the time we heard his opening “Hola, Hola, Hola” for the third time, I was seriously considering throwing myself out of our seventh story windows and turning that puppeteer into a mime. And his creepy puppet, too. But enough of the complaining.

We ate tapas (called “pintxos” in the Basque country) almost every day, moving from one bar to the next, sampling the specialty pintxo of each one. Our favorite pintxo experience was at a tiny place with a slot machine and a very friendly bartender. He served us delicious potatoes in garlic and olive oil, as well as a some tender and flavorful mushrooms. I became a fan of the local white wine called “txakoli”, which was sparkling and very dry. The bartenders hold the bottle up high when pouring it, to increase the air going into the wine as it hits the glass. Delicious! 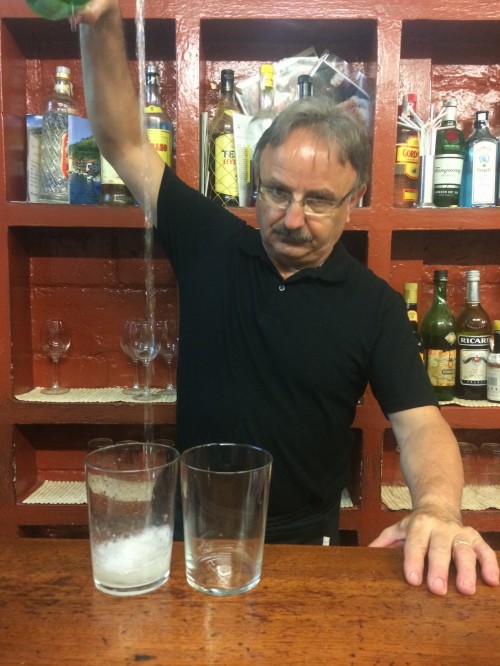 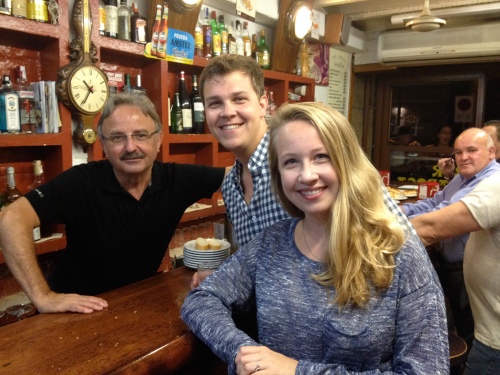 A few other pics of the pintxo experience- 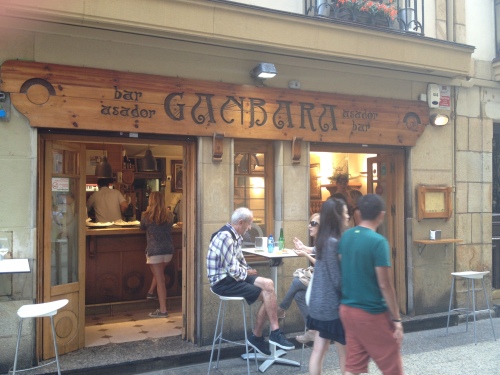 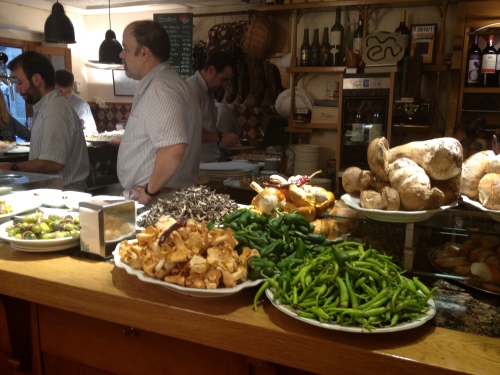 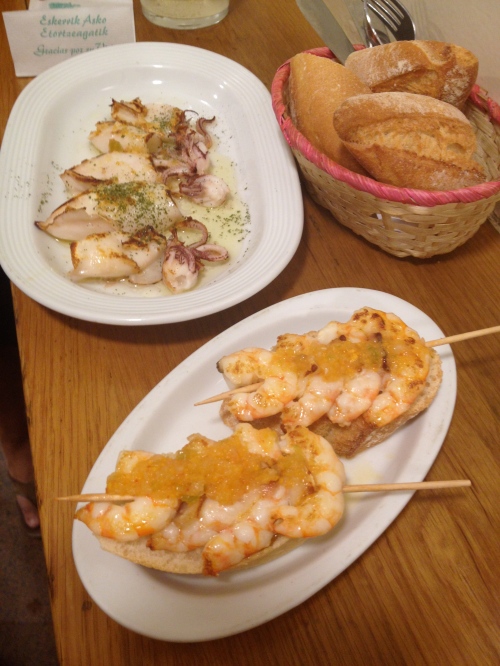 San Sebastian is known for being a gastronomic capital of Europe, which is surprising given its small size. One night we veered way off of the pintxo trail and ate at a very fancy restaurant called Arzak. We indulged in the tasting menu, which was seven amazing courses. I won’t show you each one, but here are some highlights. 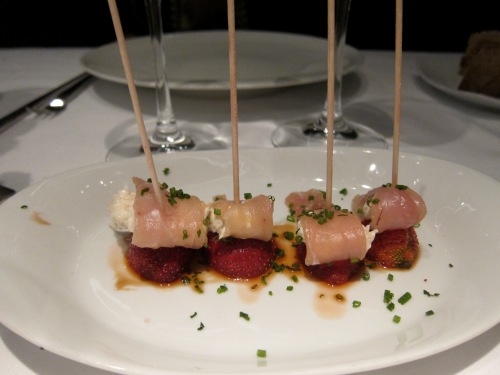 tuna and strawberry – who knew? 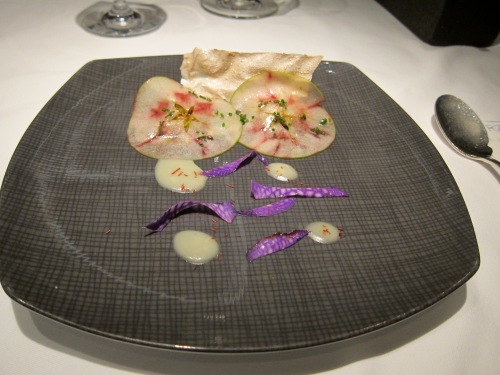 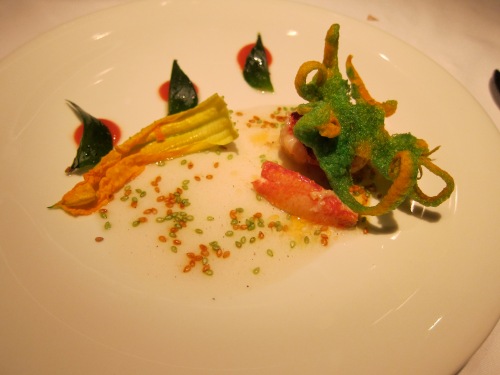 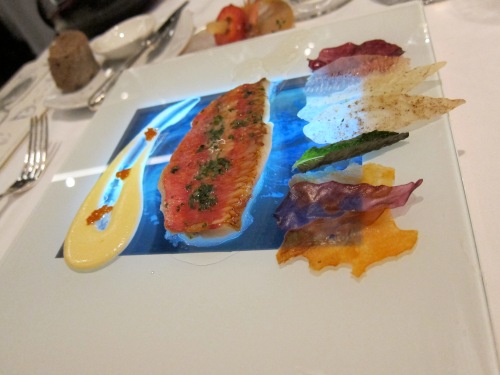 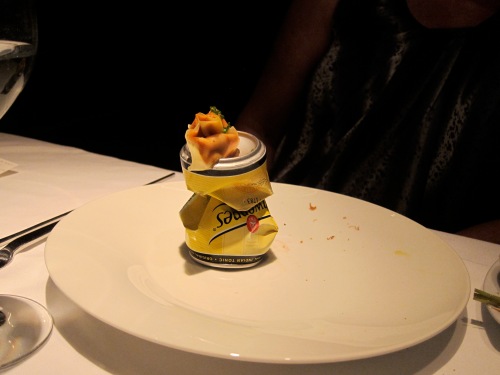 dumpling served on a crunched can!

I loved the harbor and, of course, the beaches. 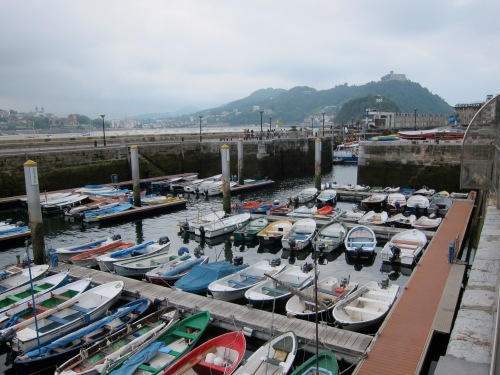 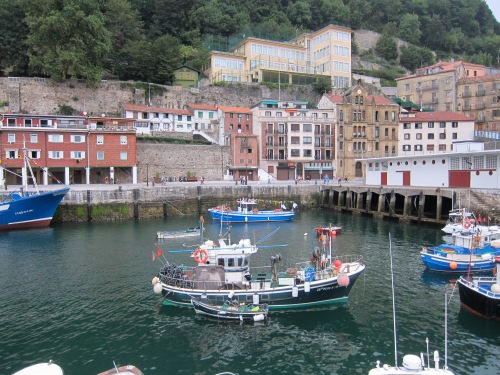 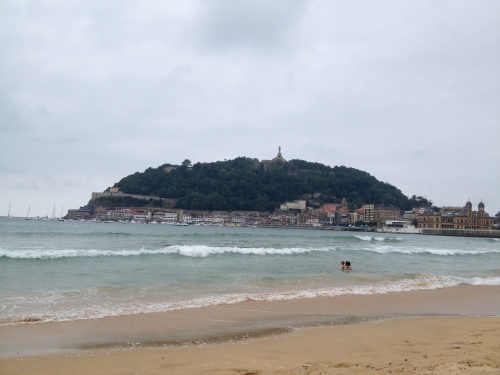 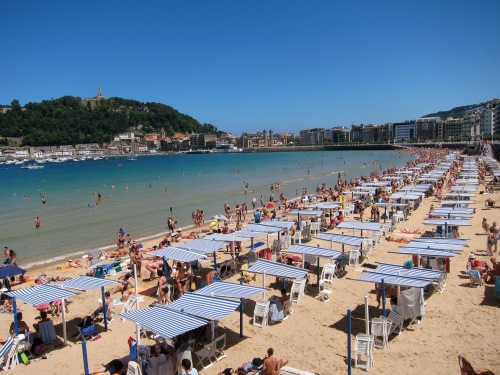 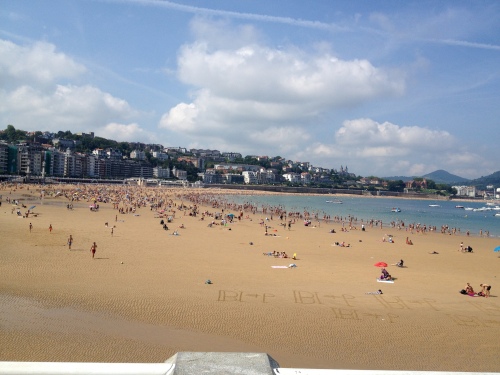 The architecture was gorgeous. 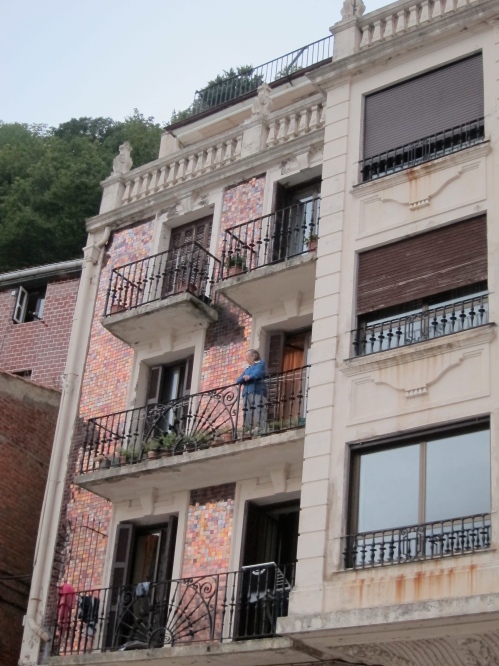 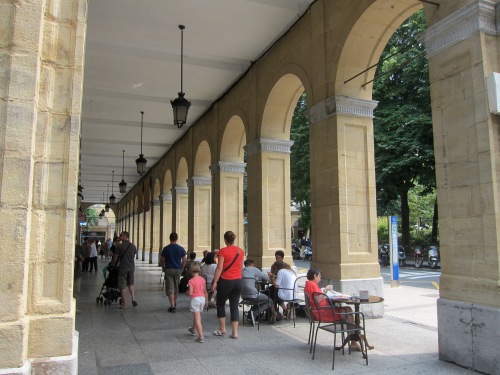 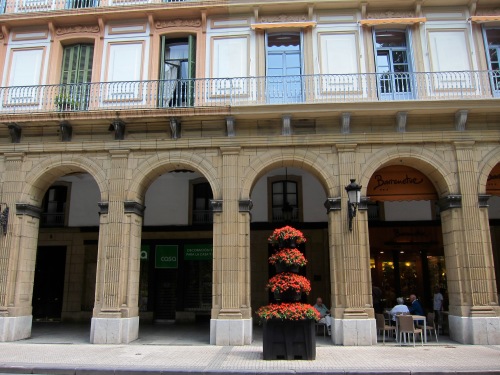 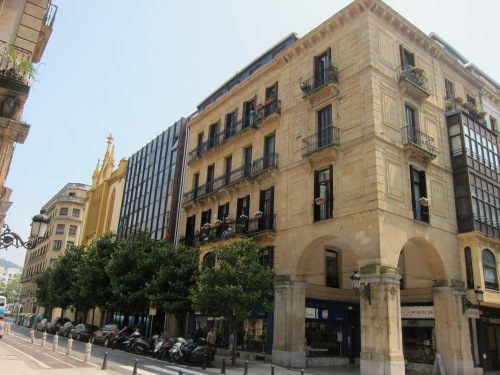 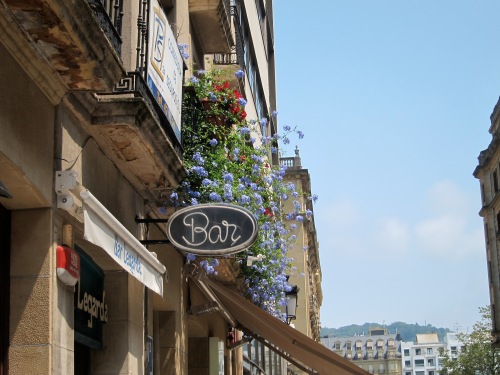 And that, my friends, was San Sebastian 2014. I highly recommend it if you enjoy beaches, amazing food, and friendly people.

Just watch out for the puppet guy.