Moonstruck in Texas and Remembering Paris

First, can we all just take a minute to acknowledge the amazing performance of the moon this week? Wow. And not just when she was all dressed up in red, but even the nights just before and after- simply breathtaking. Thank you, awesome moon.

I have been doing my moon-gazing in Texas, having arrived home a week ago and hardly stopped moving since. My long list of To-Do’s is a bit daunting, full of words like “organize”, “Goodwill”, “repair”, “pay”, and “appointment”. Not the stuff of Made For HBO Movies, to be sure, but somehow strangely gratifying after months of champagne, cheese, and chocolate. It’s always good to return to Real Life, as unglamorous as it may be, if for no other reason than my jeans are getting tight. But there are lots of other reasons, like family, friends, Wonder Chien, and margaritas.

Fortunately, I have lots of memories of Paris to share with you, because I think I would lose all my followers if I spent much time talking about my trips to Target and the dry cleaners.  So let’s go back to Paris, shall we?

The first Sunday that The Ladies were in Paris coincided with “Heritage Days” in France, the one weekend a year that a variety of well known but usually out of bounds historical monuments are open to the public. We rode the bus to Madeleine and then walked over to the “Hotel de Tallyrand”, which sits in a prime spot just off the Place de la Concorde. This gorgeous townhouse was built in 1767-1769 for a close friend of King Louis XV. It was purchased by the Rothschild family in 1838, was requisitioned by the Vichy government and then the Nazis, and then was sold to the U.S. Department of State in 1950. The mansion was the home of the administration of the Marshall Plan and is still owned by the U.S. State Department.  The home underwent a major restoration from 2000-2010, and is a glittering example of neo-classicism. 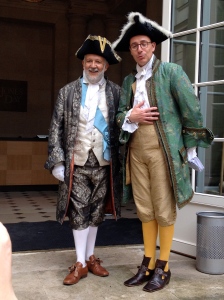 These two jaunty gentlemen greeted us at the door. The period costumes were gorgeous. 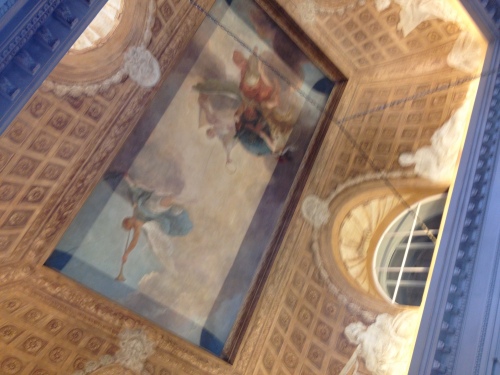 Remember to always look up when you are in Paris. 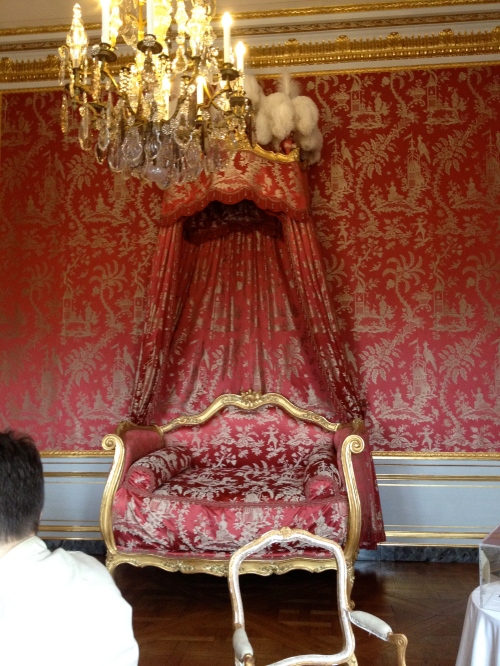 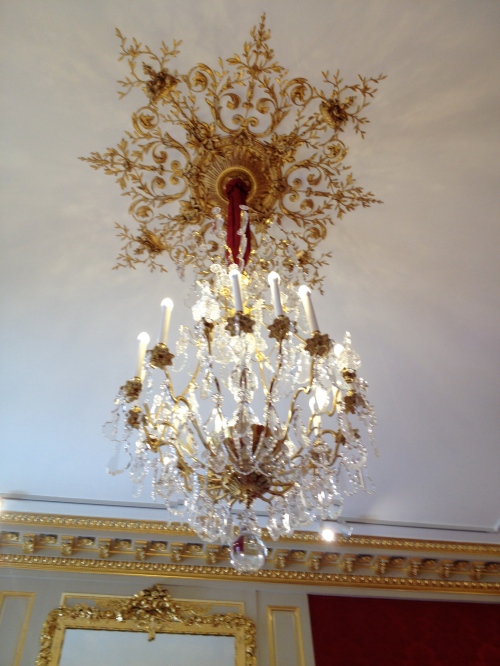 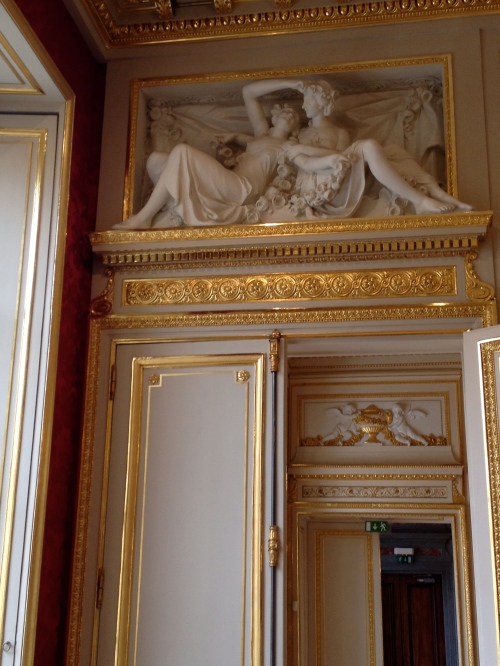 Next door to the Hotel Crillon and just across the street from the Place de la Concorde- pretty sweet address. 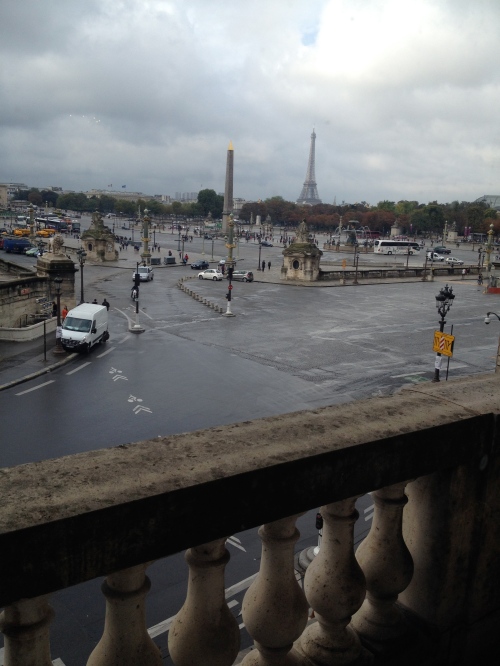 Home was just a stroll through the Tuileries away. 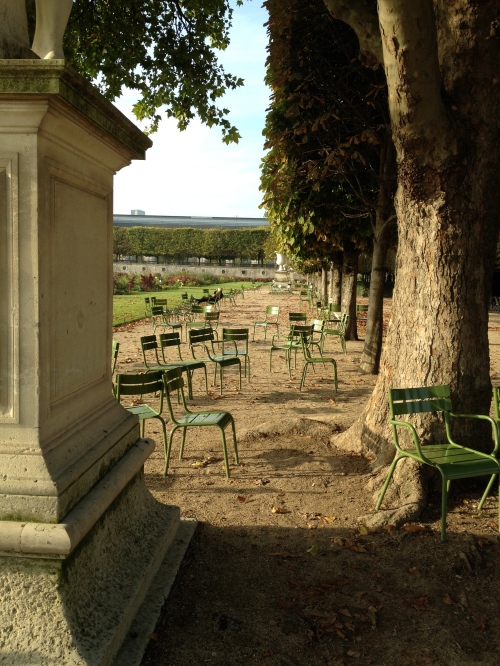 So that was a really nice afternoon in Paris. Beautifully restored 16th century architecture makes for nice outings, yes?

I’ll be back soon with more memories of Paris for you. Just let me check a few more things off my list first.

To tide you over, I leave you with this parting moon shot from the Rodin Gardens. 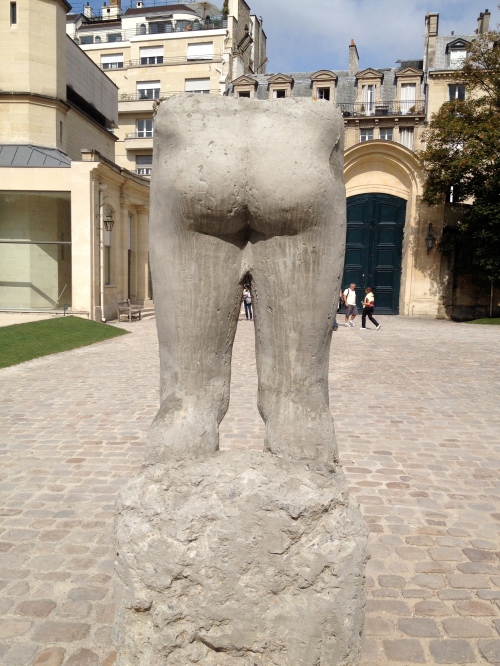 Rodin didn’t do this, but it’s not half bad.

2 responses to “Moonstruck in Texas and Remembering Paris”