Even people who have never crossed the line into Texas have probably heard about Austin and how cool it is. It is possible, however, they might not have heard about another Texas town that is super hip right now- Marfa, population around 2000. Possible, but not likely, as stories of Marfa’s burgeoning artistic and culinary scene have been bouncing around the media for over ten years now. NPR described Marfa as “An Unlikely Art Oasis In A Desert Town”.  The New York Times marveled at its culinary evolution here. For a tiny dot on the desert, Marfa garners a lot of attention.

Nestled at the base of three mountain ranges and close to the entrance of Big Bend National Park, Marfa entered the art world when the late artist Donald Judd moved there from New York City in the early 1970’s  and permanently installed his minimalist art. Other artsy types followed, and now the little town is home to numerous galleries and a venerable art space located in a converted 1926 dance hall.

There was little sign of anything burgeoning in Marfa when we stopped in a chilly Tuesday. The town was  quiet and appeared not quite out of its winter hibernation. That suited us fine, as we were interested in Marfa as a model for some photographs, and she was more than willing to accommodate us. 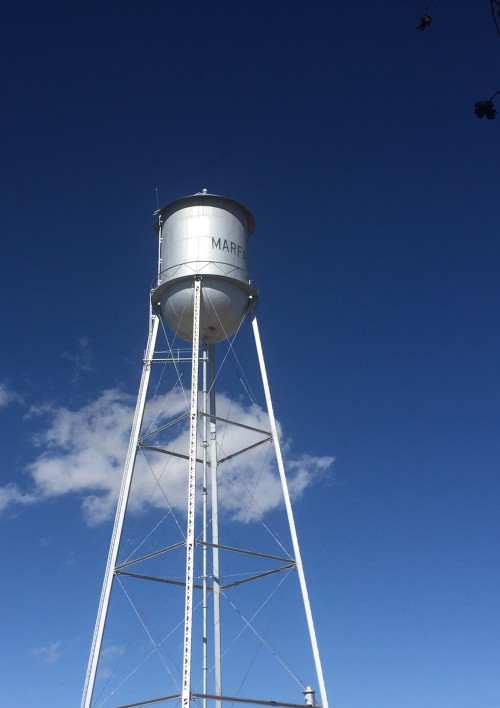 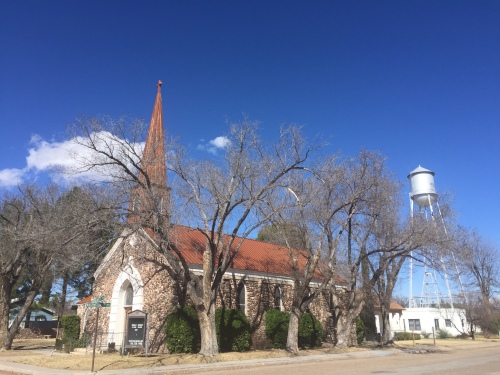 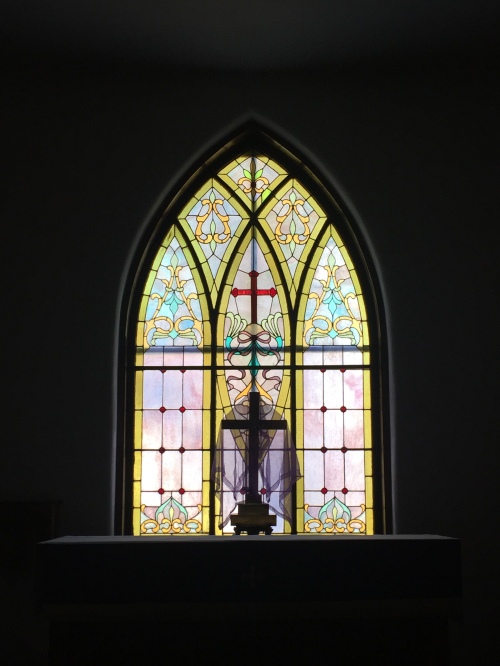 Many of the buildings in Marfa appear untouched  from the day they were built. 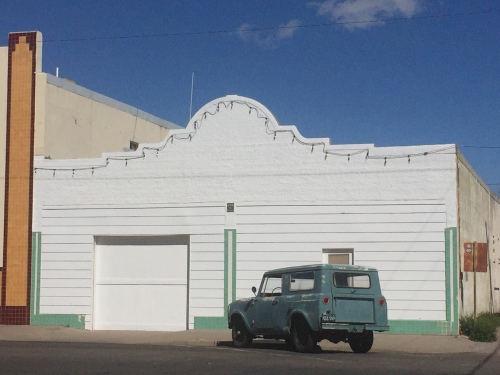 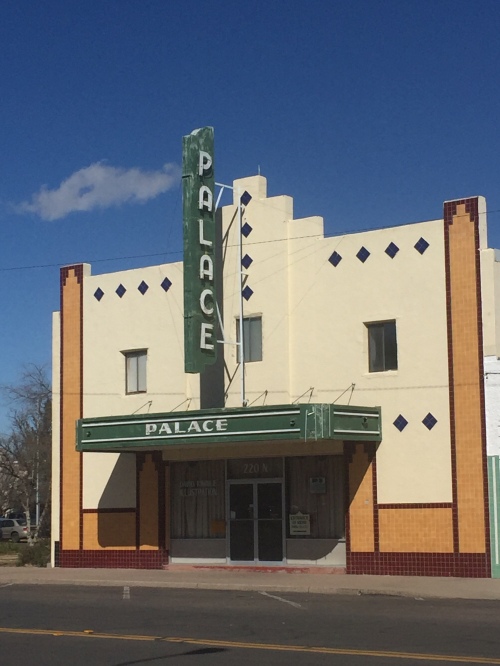 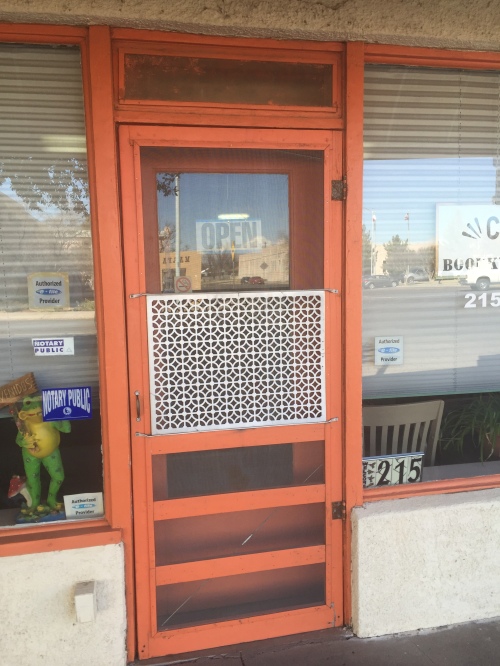 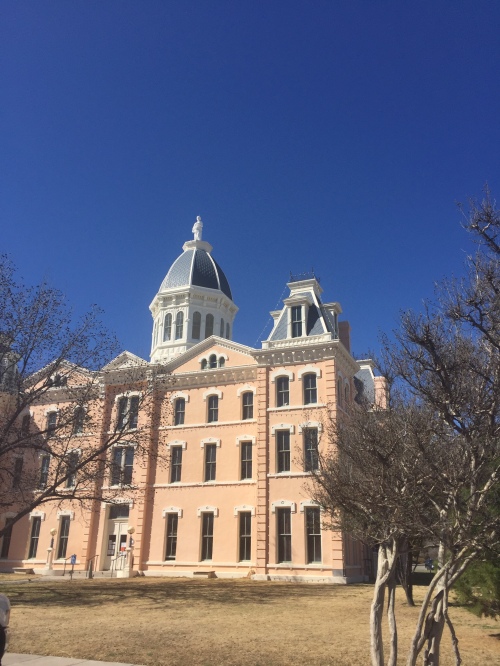 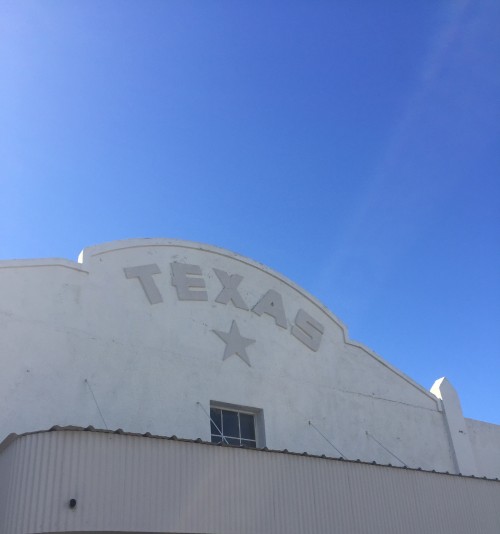 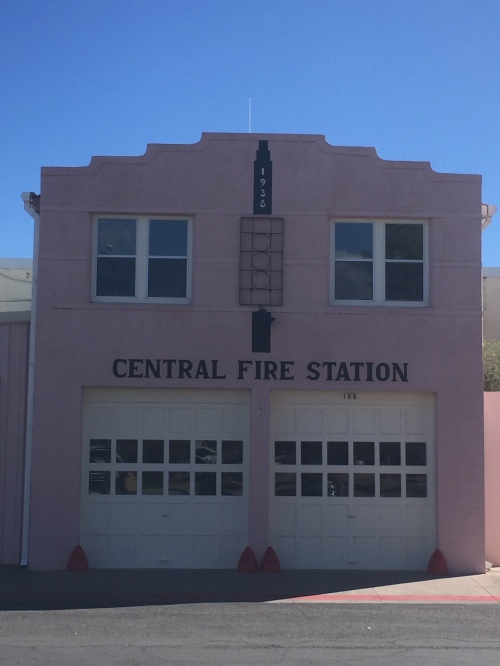 I’m sorry that the pinkness of this fire station is masked in the shadows. It was lovely. 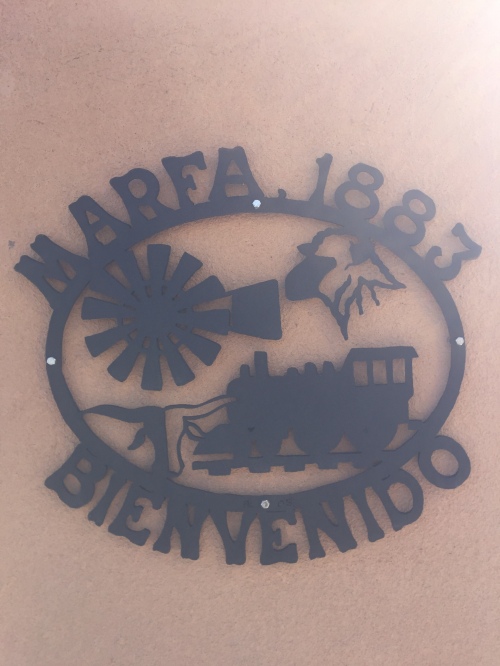 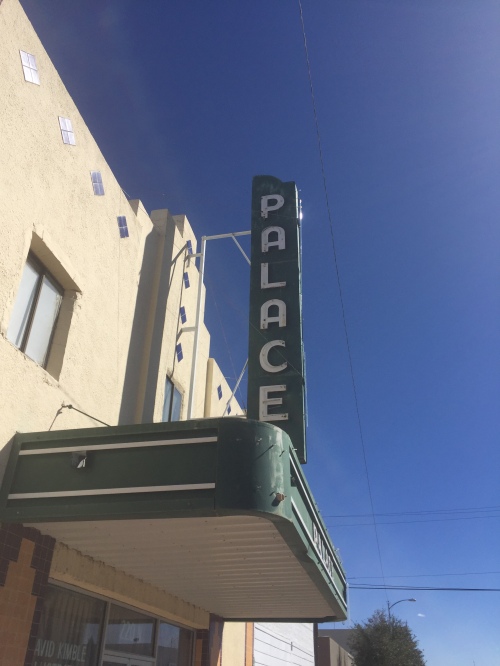 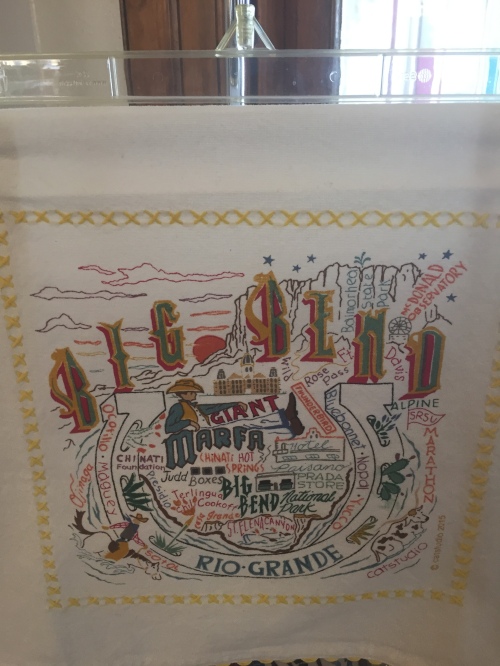 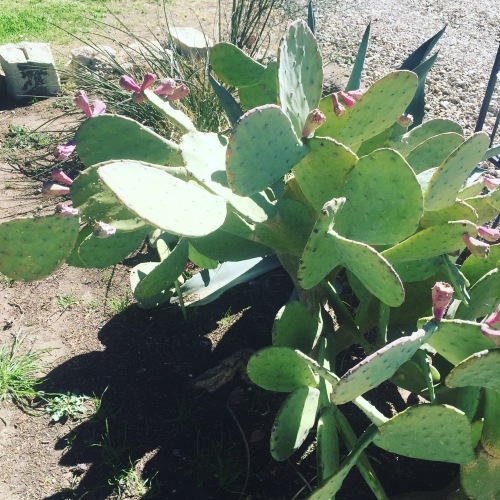 My friend rents out this beautiful little house on Airbnb.  Hidden behind it is a totally kickass patio with grill and fireplace. 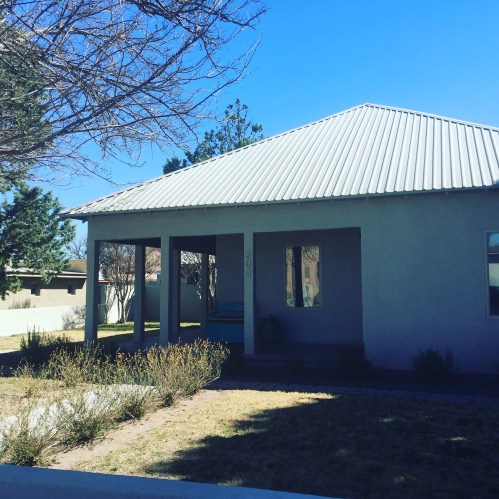 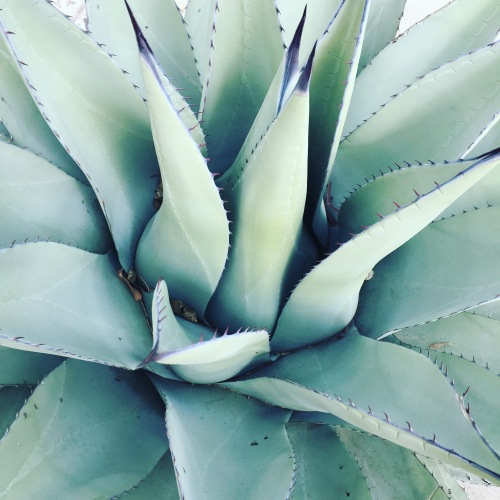 We loved our short time in Marfa, despite not seeing a single piece of art nor a plate of food. If you should find yourself in the desert of West Texas, you should check out Marfa.  All the cool people do it.

One response to “Roadtrip II- Marfa”