I really do not spend much time in the department stores here, but I had read about the special decorations for the 160th birthday of Le Bon Marche and one night, on a whim,  I set out  to see what all the fuss was about.

As we have previously discussed, Le Bon Marche has quite a history.  It’s understandable that the store would want to make a big deal out of its 160th year anniversary.  Over 300 designers and brands proffered  items specifically for the event.

Catherine Deneuve participated in the  birthday celebration, and her image was reflected in cartoon type, black and white drawings of Ms. Deneuve in familiar Paris places. 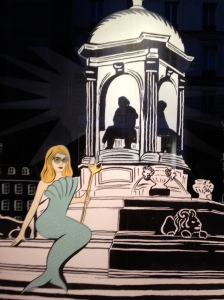 Catherine also filmed a video in which she goes to some of those iconic places and shoos away people who want to take photos of her.  It’s in French, but you might enjoy the scenery even if you can’t understand her.

The simple black and white decorations festooned the inside of the store, as well.  I thought they were surprisingly effective, despite their simplicity.

This was a huge Lego model of the store, with the drawing as a backdrop. 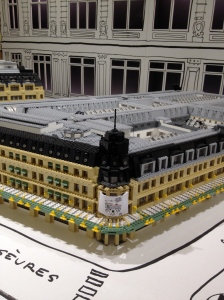 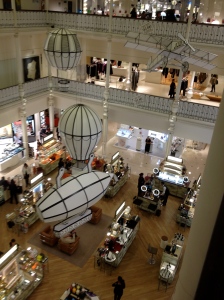 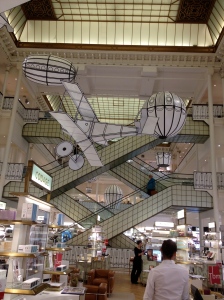 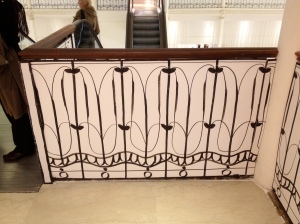 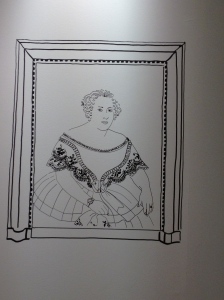 I so enjoyed wandering around each floor, just to see what was there.  I was surprised to see this extensive sewing and knitting department.  Now I know where to go to look for buttons for my coat. 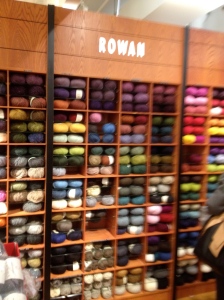 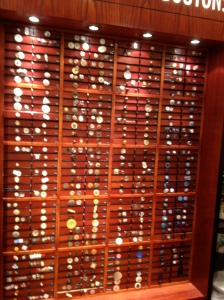 A very fun outing, indeed, and just a short bus ride away. On the way out I saw a couple more cute windows. 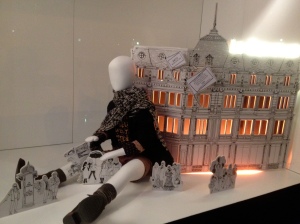 So many happy returns, Le Bon Marche!  Or maybe I should wish it “no returns”, instead.  Stay right here on your favorite Paris channel to see what the store is wearing for Christmas.  Coming soon.