I Know A Little Mexican Restaurant.. 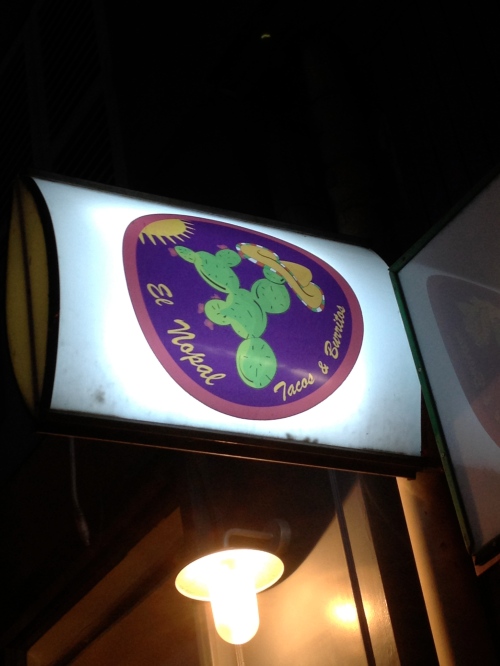 Recently the three of us did something we do all the time at home: we went out for Mexican food on a Saturday night.  Of course, the experience was not exactly the same as it is at home, because we are not at home, we are in Paris.

I have known of this place, El Nopal,  for a long time, but never made my way there until that night.  It is in the St. Martin canal area of Paris,( about which I wrote here) which requires a medium length metro ride with one change of lines.  Ordinarily such a trip is no big deal, but on that Saturday night we were squeezed in the metro like Vienna sausages.  It was tight.  And a bit aromatic.  We were very relieved  to be back above ground when we arrived at our destination.

I have been in some small Mexican spots in Paris, but I am pretty sure El Nopal is the smallest.  The kitchen behind the counter was about as big as a walk-in closet, and the remaining space was even smaller.  Apparently there are two stools in there, but the night we were there it was so packed that any stools would have been blocked with people.  Voila.

People waited patiently until it was their turn to place their order with the nice (and amazingly calm) guy at the counter.  They then  hung out at the front door and waited for their name to be called and their food to be handed over.  And then they rejoiced.  Well, we did.   Can’t really speak for anyone else there that night. 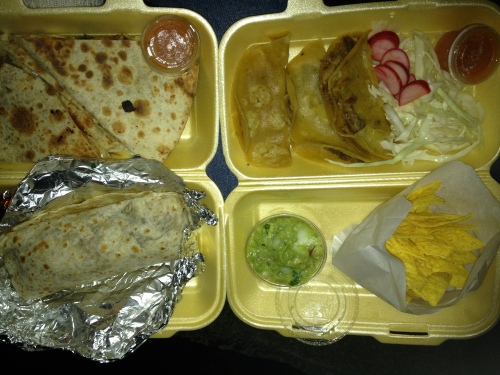 This may not look that great to you, but it was pretty much manna from heaven for us.  Burrito, quesadilla, tacos, guacamole and chips.  And see that little tiny tub of red sauce in the upper right corner?  That, my friends, was spicy.  Finally.

The canal is a happening area for young people.  We joined the happy crowds picnicking by the canal. 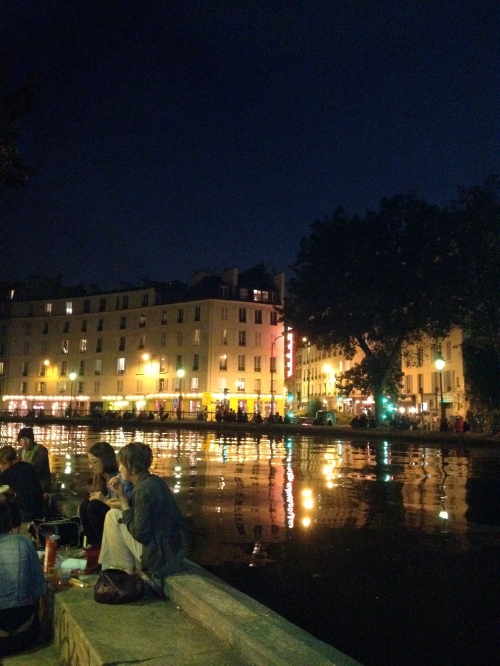 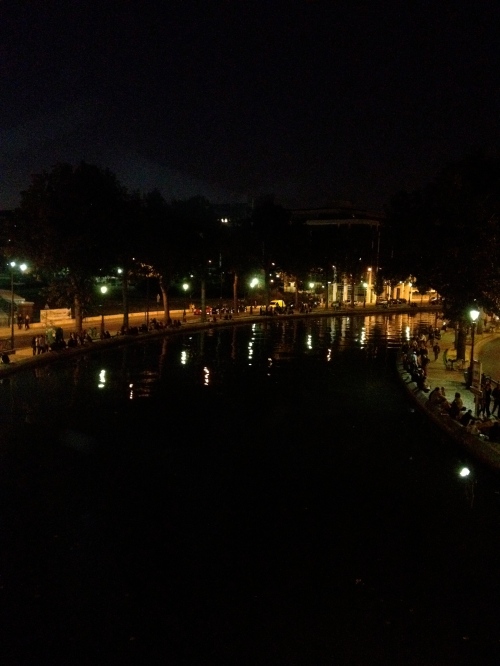 When we got home we had Smitten Kitchen’s peach pie for dessert. I have to say it was delicious.  And it cooled my tongue, which was still in spicy heaven.

It wasn’t Tex-Mex, and  there were no margaritas, but it was a very nice evening.  And I got my spicy on.  Which always makes me a very happy girl.

7 responses to “I Know A Little Mexican Restaurant..”