During the time that Mark and I lived in Paris we made plans to visit the Normandy D-Day beaches several different times, and each time the plans were scuttled, usually due to inclement weather. On our last trip to France we spent four days in Normandy, and I was finally able to tour the beaches and the American cemetery. I am sure that everyone who visits these hallowed places agrees that it is a supremely powerful and moving experience.

We had booked a half-day tour on our second day in Bayeux, but the description did not include the American cemetery, so we went there on our own on the day we arrived from Paris. The sun was warm and bright, and we were able to linger at the excellent visitors center and wander around the grounds of the cemetery at a leisurely pace.

Our excellent tour the next day was led by a young man who was clearly passionate about the history of the places he showed us. The weather had taken a turn for the worse, as it is wont to do in that part of the country, but fortunately it didn’t rain on us too much.

There are a few German bunkers still remaining on the beach. I was surprised that the bunkers were just sitting there, open to all, and that no one had defaced them or damaged them in any visible way. It was really interesting to listen to our guide’s explanation of how the guns were able to fire from the bunkers and cover such a large expanse of beach. Chilling, but interesting. 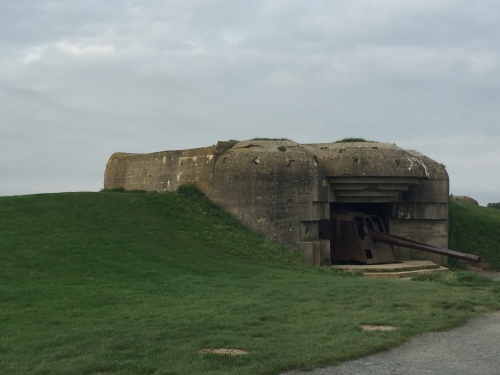 view from a bunker

As it happened, our tour did include a brief visit to the cemetery, which looked totally different in the day’s gloom. 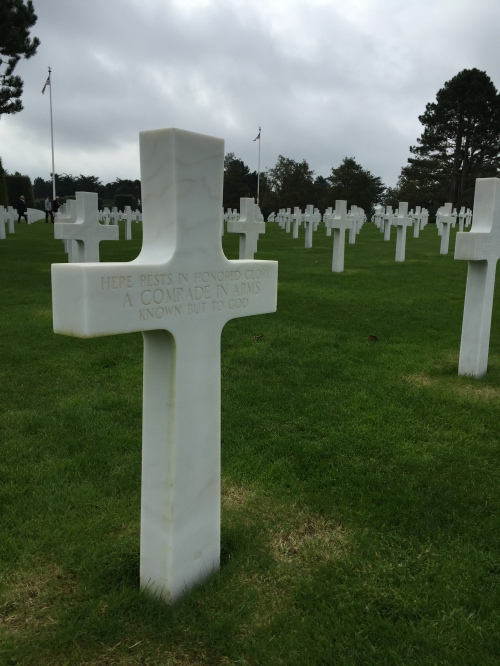 The unknown soldiers’ markers were inscribed “known but to God”, which I thought was so beautiful. 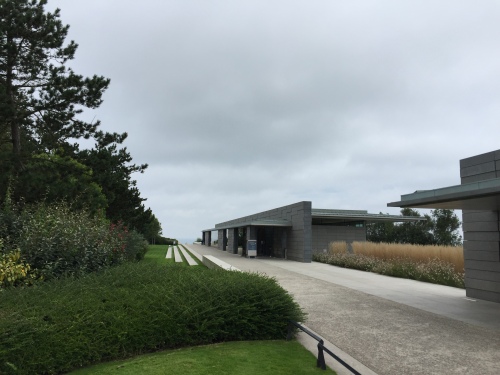 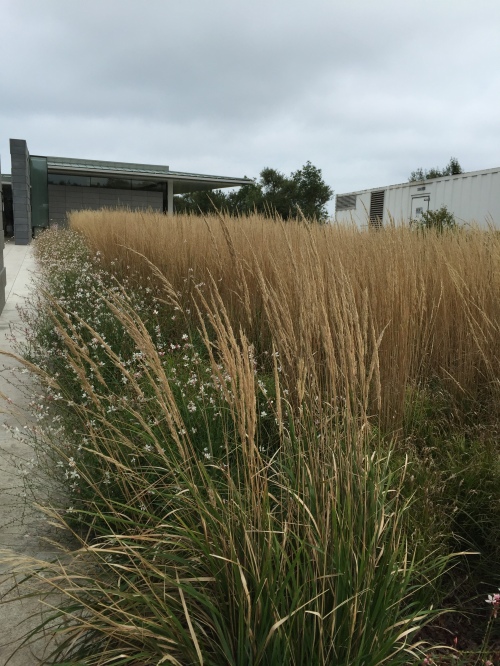 I was struck by the thought of how much human suffering was represented in that collection of graves. Such a staggering amount of loss and grief emanated from that place, beautiful as it was.

I am so glad I was finally able to see the places I had read and heard about for so long. If you ever have the opportunity to go, please take it. You will never forget it.

One response to “Normandy Beaches”