Mark and I had been trying to get to this amazing place for so long, and something always seemed to squelch our plan.  Usually, it was the weather.  As you can see, that was not a problem when we finally got there a few weekends ago.

The abbey of Mont St. Michel is located in Normandy, north-west of Paris.  I knew it was an easy day trip, and the way we got there truly could not have been any easier.  We took the TGV to Rennes, which took about 3 hours, and then walked next door to the bus station.  Ten minutes later we were on a very nice coach driving to Mont St. Michel, which took about 1 hour and a half.  I found the tickets on-line and was able to book the train and the bus on the same ticket.  Ridiculously easy!

The abbey, in some form or other, has been perched on this hill since the 8th century.  It is surrounded by mudflats, and when the tide comes in, it becomes an island.  There is a tiny village, entirely touristic, just outside the abbey walls, which ensures that the 3 million people who visit the site each year do not leave without food, drink, and trinkets. 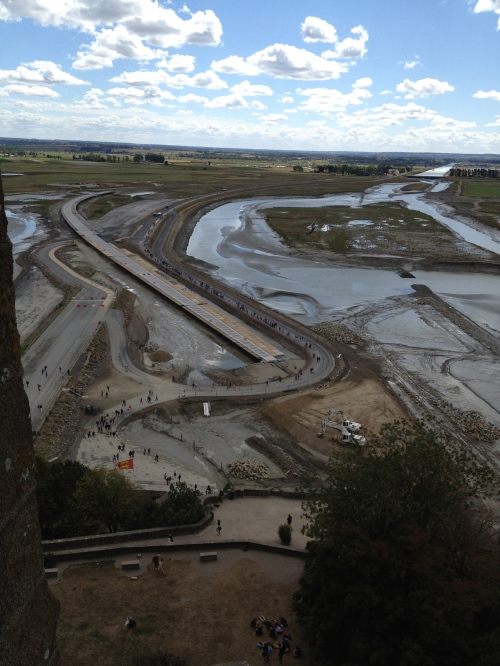 The entrance is a maze of roads and bridges under construction. It looks like a lot of tourists, but actually it was relatively empty.

view of the mudflats 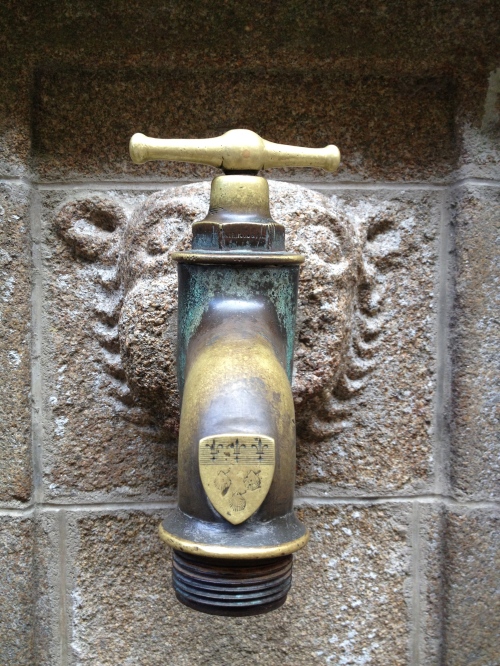 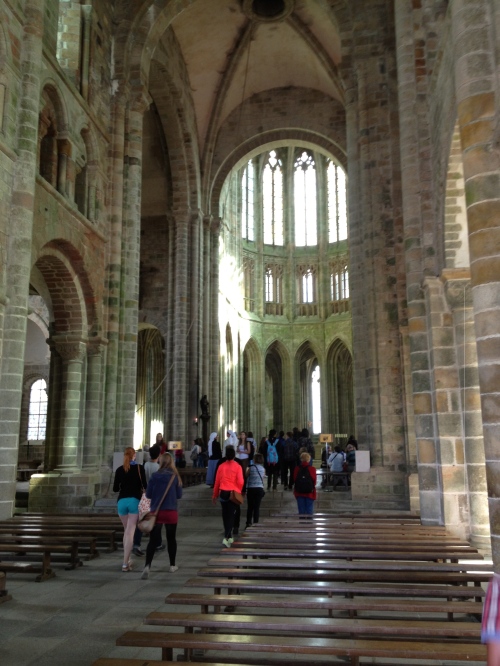 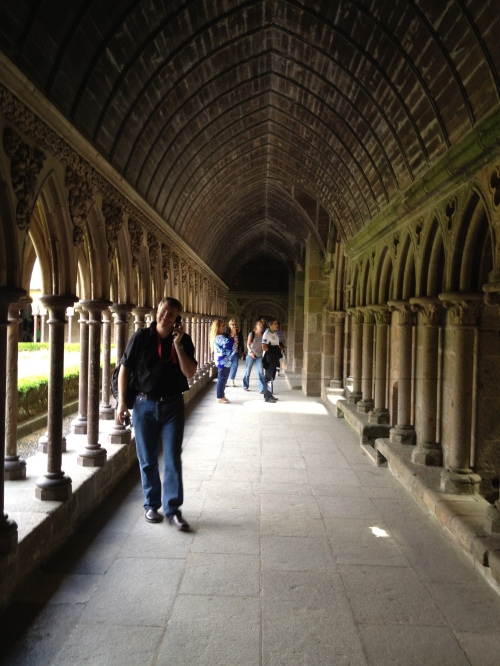 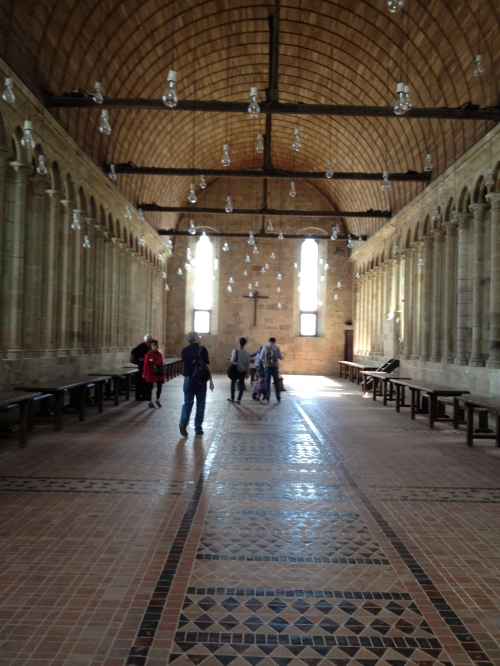 On our way back down we stopped here for a beverage.

Then it was back on the bus to Rennes.  Hint: if you buy a bottle of wine at the grocery store on your way out of town and plan to drink it on the bus, don’t sit in the seat directly behind the driver. 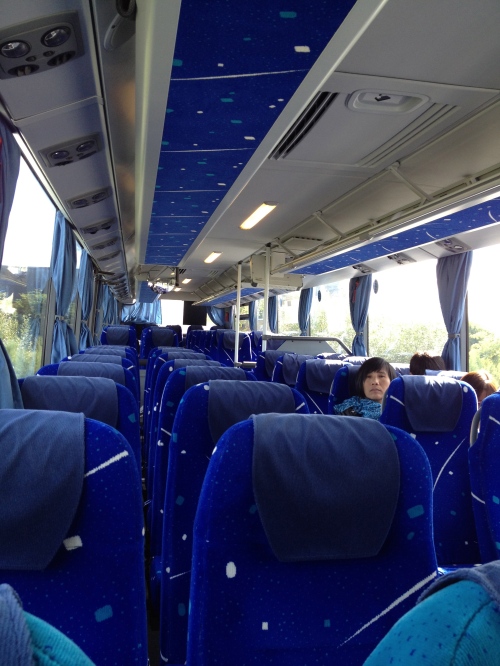 We enjoyed our bottle of wine on the TGV, and were snugly back in our beds by 10:00.

Not a bad way to spend a Saturday, oui?

Tagged as misbehaving on the bus, Mont Saint-Michel, Normandy, Rennes