As you might have heard, a little bike race called the Tour de France wound up in Paris last night. As luck would have it, we got home from our vacation just in time to trot over to the Champs Elysees and catch a glimpse of the riders as they whizzed by in a mass of color.

The riders to a loop on the Champs Elysees, from the Place de la Concorde to the Arc de Triomphe. Here they are again on the far side of the street.

I was still in my traveling clothes, but this woman had obviously put more thought into her race-watching outfit. 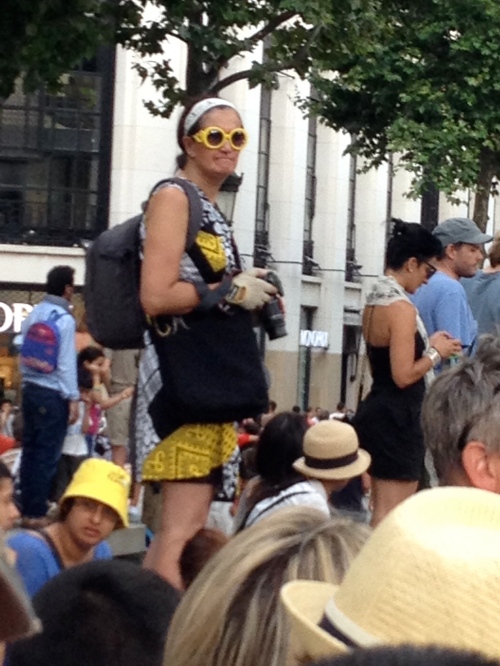 And this bride to be found a willing group of firemen to pose with. I wonder if she had second thoughts about her groom? 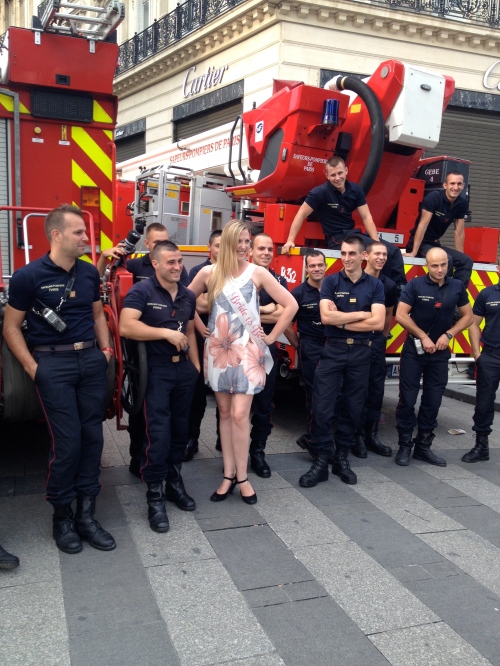 After the riders went by, we made our way through the crowd and up to the Arc, where large screens projected the awards being presented to the winners on the other end of the Champs. 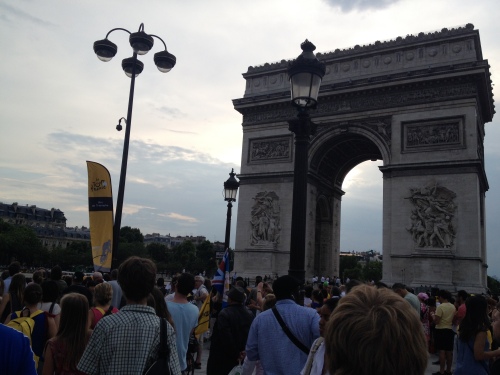 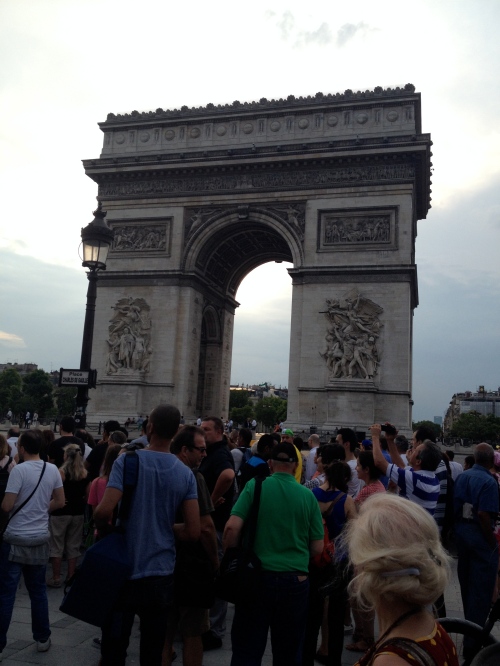