Tuesday- A Day of Culture

On my way to Paris I read about a photography exhibit being held at the Fondation Henri Cartier-Bresson, and added it to my list of “must-do’s” for the week.  I am so glad I read that Air France magazine, because the exhibit was wonderful.

Howard  Greenberg has been a photography collector for thirty years, and has his own gallery in New York City, the Howard Greenberg Gallery.  The 100 photographs in this exhibition include photographs by famous photographers such as Diane Arbus, Karl Strauss, and Pal Funk.  I was thrilled to see one of my very favorite photographs there, The Migrant Mother, by Dorothea Lange.

That evening Mark and I did something we have been wanting to do since we moved to Paris- we went to an opera at the Garnier Opera House.  We saw two short, contemporary operas- Le Nain, by Zemlinsky, and L’Enfant et Les Sortileges, by Ravel.  I was so glad we had sprung for the pricey little program, because it contained synopses of the operas in English which helped me to understand the French surtitles.  Both operas were completely unknown to us, but beautifully done.  The best part of the evening, however, was simply being in that amazingly beautiful building.

Le Palais Garnier was completed in 1875 as part of Haussman’s reconstruction of Paris.  The main facade was restored in 2000, and the Grand Foyer in 2004, so the building is in wonderful condition, inside and out. 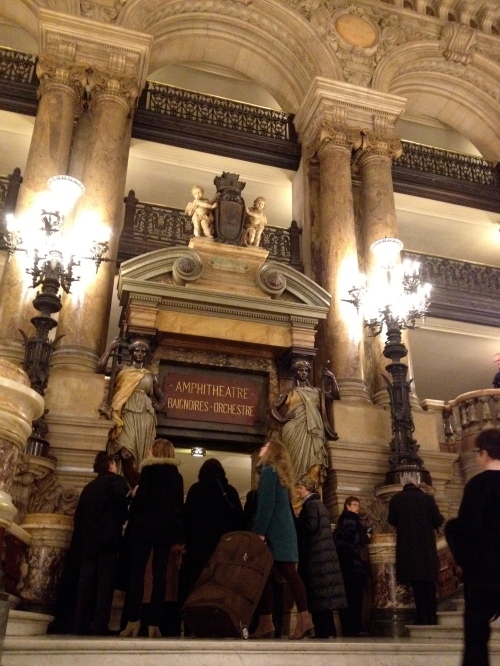 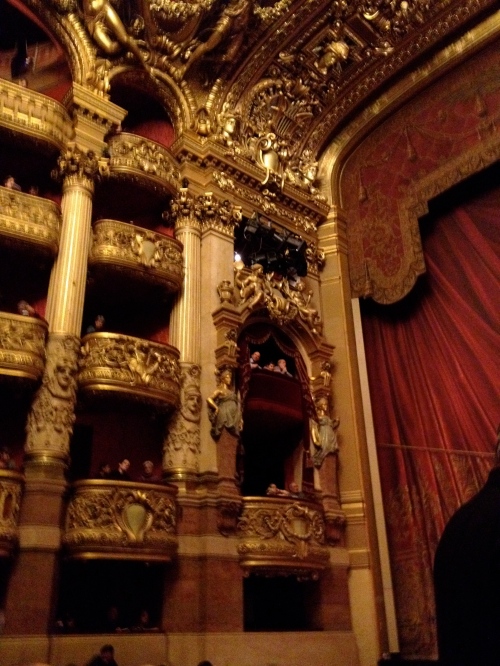 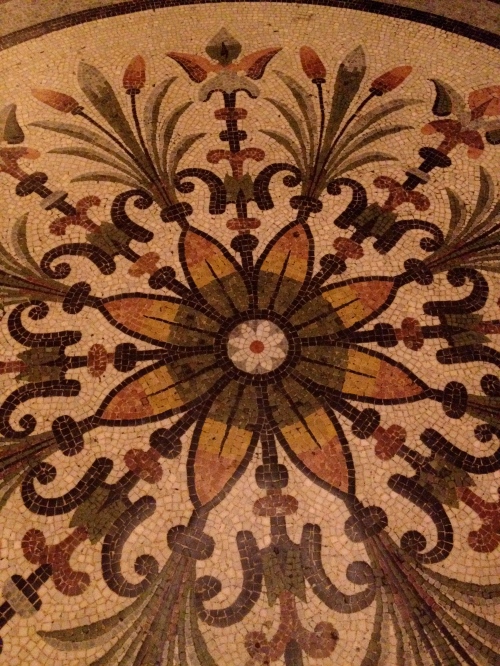 detail of the floor

Ceiling of auditorium by Marc Chagall 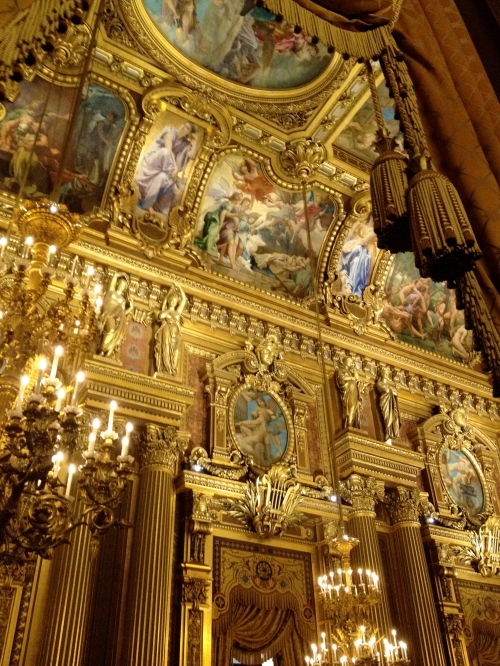 As you can see, it wouldn’t have mattered what opera we saw in those surroundings!

A short metro ride later we were home- no parking garage exit stress, no freeways.  Paris does it right, my friends!

4 responses to “Tuesday- A Day of Culture”